Monday (Er, Tuesday) Stuff On the Way to Other Way: Gray Skies Shining on Me

Another overcast week in a series of them. We're in Michigan, watching gray skies compete with fog, rain and snow. The last rain cleared out the snow, so it's winning, I guess. Normally, I enjoy rain and other precipitation, but this day-after-day stuff can wear on you. (Moans the spoiled Coloradoan.)
The bronchitis/pneumonia is finally starting to clear up. The 'other' turkey dinner was Monday night; since then, we ran some errands and visited the local thrift store. That's pretty much it. I haven't felt like doing more.
The kids took a batch of flu home with them. (Not my version, thankfully, but still...) They're starting to feel better, but now the Brick is fighting off something.

Just goes with the scenery. Welcome to November. 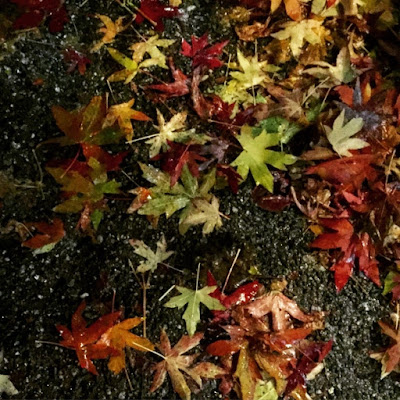 The buck who tries to 'have his way' with a decoy doe...and her head falls off!

The Texas dome home that was supposed to be self-sufficient practically forever...and is now a spot for graffiti and gawking. What's left of it, that is.

Traveling cheaply in any city.

Ten people whose deaths accomplished their goals.  (From Listverse) Also:

Ten secrets, taken to the grave. Including the making of Jim Bowie's famous knife.

Ten Really Strange inheritance stories.  (From Oddee) This is weird, too:

Seven people who died and left their fortunes to veritable strangers.

The girl who survived a tsunami....only to be separated from her family for seven years.

'What I thought having kids would be like, versus what it's actually like.' A wise and funny expose from The Frugalwoods.

An extremely nice rug exhibit at the York Public Library, courtesy of One Hundred Dollars A Month.


Have a great week. Stay dry. 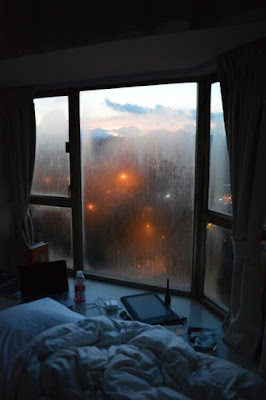 Hi Cindy! I was going through my file on Grandmother's Flower Garden today and found your article on the pattern in the PAAQT newslwtter. I was so glad to reread it. I have finished 3 quilts GFG for granddaughters, one is well on it's way and started a 5th for still another granddaughter. Thanks so much, I will share some of the information for the girls. Many good wishes for you and your family. Marilyn Maher WV

I'm having to hole up in here Phoenix. While it's a nice (for sane people) 60ish degrees, it's been raining off and on yesterday and today. I know that's a far cry from snow, but it's enough to have most of us bundle up because we're wimps!

Glad to hear you're feeling better!

Glad I could be of help, Marilyn. You know as appraisers, we get more than our share of this pattern to analyze! I am intrigued by its long history, and strong American connection.

And Abigail, once we got to Colorado, it was just as bleary here as in Michigan. Serves me right for griping about Michigan...

Thanks for writing, both of you. It's good to hear from you.