Monday Stuff On the Way to Other Stuff: Julius Caesar...And Heat

Saw our third Colorado Shakespeare Festival play Friday night: Julius Caesar. After the teenage slumber party that was Hamlet, we didn't know what to expect -- but it was ok. I kept thinking how much of a GUY play it was: lots of swaggering, sword-smacking, bragging, marching, swashing and buckling...

Then, at the intermission, two people with earphones came out and mopped up the stage. I kept hoping for Carol Burnett's cleaning lady to show up, instead.

It was necessary, because --

Boy, that Julius bleeds a LOT. (He also has an ego the size of Detroit.) Ironically, no one in the second half bled at all. A lot of people died; maybe they were good coagulaters?

I enjoyed the text, too, particularly this quote from His Nibs:

You got it, Buddy!

This past week has been blazing. Even the dogs are eager to stay inside. The grass is crunchy brown, and I have to water daily to keep the heat-loving petunias alive. Things cool off (sort of) by late afternoon, so at least we can sleep at night. Again, sort of. People get a touch crabby and distracted in this kind of weather.

I just wish it would rain. 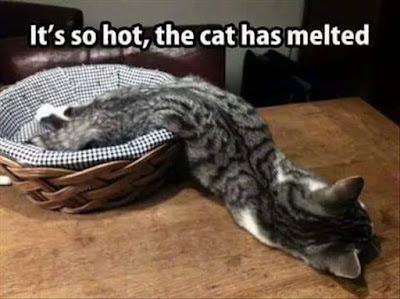 The brothers who scammed Kickstarter fans out of a video game, and used California's renter laws to let them continue squatting in an Airbnb long after they'd stopped paying for it. (Almost got away with all this, too, though I suspect a U.S. courtroom is in their future.) One of the few times you'll see someone acting like that, and openly proud of it. (Here's an April 2017 update on what they're up to.)

A trove of Nazi era artifacts, found behind a secret door in Buenas Aires. Including a bust of Der Fuhrer.

Painting AND stenciling your existing bathroom tile... sure, why not? (From All DIY) 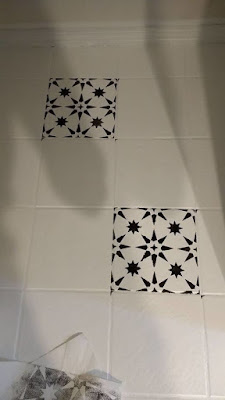 The Air Force flyer who became his own bomb -- no parachute -- and lived to tell the tale. (From War History Online)

Opera fudge -- ever heard of it?

Ten free things you can get at airports.

Ten best places to sell your stuff online. (From One Hundred Dollars A Month)

The ex-slave who gave Queen Victoria a quilt.  (Thanks for passing this on, friend Tammy.)

What the cherry tree and cherry blossoms stand for.  Including items from the Language of Flowers and Japanese folklore.

Miracle Spray. This homemade solution is said to clean about anything but wood and mirrors (streaks them).  Thanks, My Abundant Life.

The girl who ate out of the dumpster for months...so she could quit and travel around the world. (She saved $30,000, too.)


Plus Instagram photos of hundreds of quilts she's sharing, some antique, some inspired by antique quilts. Oh my.

How to crank your seltzer costs WAY down, if you have a machine. (I thought of Daughter #1, who does. Thanks Frugalwoods, for the idea.)

There's a recession coming -- get ready for it.  And he's right. Sort of.  (From Mr. Money Mustache)

Have a great week. Stay cool. 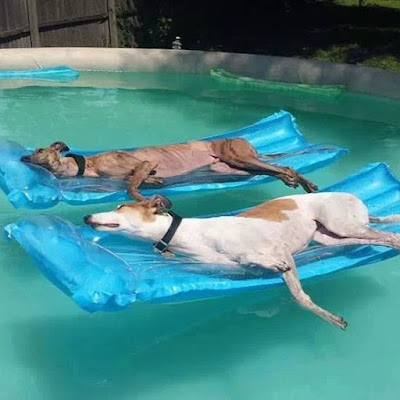