Monday Stuff on the Way to Other Stuff: A Fresh Grip -- And Flooding in Houston

After a long, hot week with plenty of sneezing (darn allergies), attempting to reduce the piles, and slowly trudging through work, I finally am starting to make a little progress. There's still much to do -- and several reports to finish up. But at least we're going forward, instead of backward. The past couple of weeks have been crazy-busy, with little time to put into any of the regular commitments.
Which is why...
We've made a kind-of unofficial decision.
Work on the house gradually; continue to pack and donate...and put the house up on the market in the spring. Meanwhile, our new home, the 30-foot trailer, stays safe in the backyard as we gradually transfer items to it.
Things could change -- and quickly. After all, there are still bills to pay, and commitments to finish. But for now, this gives us a fresh grip on life.

I wish I could say the same about our American comrades in southern Texas. One friend at church worries about her kids, stranded in their homes; another had his son (a musician) forced to move his ground-floor studio equipment to the second floor. (They live by a small lake, and 16 inches of rain was expected today.)

One report's here, with plenty of video. Here's another:


They could use your prayers -- and help. Meanwhile:

One of the best guides on military discounts out there. If you're actively serving...or in the reserves...even if you're retired or have already put in your stint, there are discounts out there on travel, hotels and recreation you should be taking advantage of.  (From The Simple Dollar)

A measured response from a friend of Princess Diana's...about her life, her relationship with Dodi Fayed, and the 20th anniversary of her sad passing.  A fascinating counterpoint to the interviews with princes William and Harry about their mom's death.

Report from the trenches - realistic ideas on saving $$ in your food budget. Plus... An update on a month of frugal food choices. Makes me want to go back and read the previous posts.  (From Living Rich on the Cheap)

Naan bread -- at home. If you enjoy this delicious Indian bread, now you can make it yourself.  (From A Hundred Dollars A Month)

"Six things my ridiculous parents taught me about money."  (From Budgets are Sexy)

An audacious new Jackson Pollock scam -- supposedly from an old German collector, but really, these are fakes. (From Artnet)
This piece, however, found in an Arizona garage, could be the real thing -- and worth $15 million. While we're at it:

A painting from one of Robert Falcon Scott's doomed companions -- found in a historic hut, mixed in with penguin droppings. Wow. 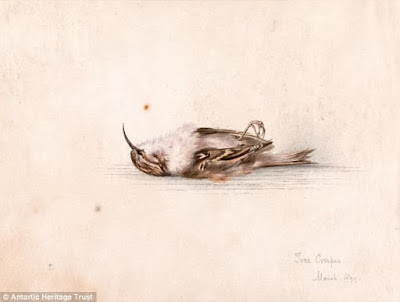 The frightening dangers of 'financial dementia.' Fortunately, The Mama has never displayed this -- she's too much of a Hollander cynic. But I still keep on the alert.

Have a good week. 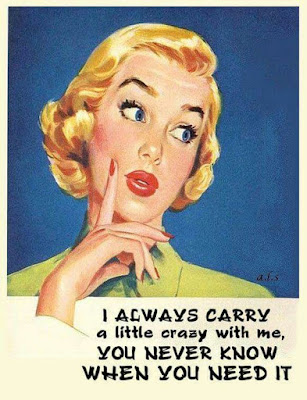