What Went Well This Year...And What Didn't?

Budgets are Sexy did an interesting post on this subject that my boss at Retire By 40 picked up on. (Read his post here.) It got me to thinking...what's gone well for us this year, and what was a complete bust?

I should start up front by mentioning that 2013 overall was an improvement on previous years. For one, the Brick made a lot more money as an IT guy for Douglas County Schools, than he did as a trainer. For another, because we've gotten in the habit on living on much less, we stashed a lot of that money away. (And bought a car with a big chunk of it -- more on that in a bit.) Emotionally, things were much more peaceful. Even after 32 years together (our anniversary was Dec. 26), we seem to be more closely attuned to each other. It is a pleasure just to be in the same room with the Brick, even if we aren't talking -- it's as if I can 'feel' what he is thinking. I love this guy so very much.

Now on to business:

*The business. Brickworks didn't do as much on the website as I would have hoped -- but it wasn't bad, considering I didn't put any new product up. (We're getting ready to move to a new host -- you won't notice any changes, but things on our end should run much smoother.)
On the plus side, we sold like crazy at my teaching gigs. Although the Hanky Panky books are nearly gone (okay, because the Hanky Panky sequel will be out soon...finally!), interest has picked up considerably in my book, Quilts of the Golden West. (You can see all of these on the Brickworks website.)
Order these books from the website, mention this blog, and we'll give you $2.50 off Hanky Panky, and $5.00 off Quilts of the Golden West!

The teaching and judging are holding steady. Appraising, on the other hand, is expanding all over the place. I did a lot more individual and dual appraisals this year than I can ever remember doing. (The group reports pretty much held steady.)

*Our savings. We did not go hog-wild with spending, even though our income more than doubled this year. I automatically set aside money every month that not only paid property taxes, but covered several smaller bills with the Bricks hospital stay (more in a bit)-- and gave us extra. Which was needed, because we:

*Purchased a second vehicle. We could have gotten along with just the Cherokee -- after all, we'd been doing that for some time. But it has been increasingly difficult to cover teaching gigs, and still let the Brick have the car when he needed it.
Our Subaru Outback solved that problem. It's more comfortable. And classy -- there, I admit it -- than our beat-up-but-beloved Cherokee. It handles well in snow, and has already started paying for itself by saving on gas mileage. (30-32 mpg. Not bad.) Not to mention that this cold weather has made its heated leather seats a wonderful luxury. ("Butt-warmers," in Brick parlance. Hey, you can take the hicks out of the boonies -- but you can't take out the hicks out of the people!)
We researched for a long time, to find the best-made, most affordable SUV we could find. Our decision was reinforced by those we knew who already owned Outbacks -- to a person, they raved about their cars' reliability and handling. It took a while -- we looked at dozens of cars, and test-drove a few. But thanks to Craigslist and patience, we got an excellent deal on our 2011 silver baby.
Now, if she lasts at least a decade...or more.

*Replaced all but two of our house windows. The difference in fewer drafts and cold spots is amazing. Somehow, by God's grace, we paid cash for all this -- what the insurance for the trashed roof and windows (for the hailstorm back in June last year) didn't cover.  We also paid cash when we:

*Took a trip to Ireland.  My Hollander instincts would have cancelled this trip -- after all, we had the windows and other stuff to cover, money-wise, and I had two gigs to do: one the night before the trip, and one the day after.
I'm so glad we didn't.
Our cousins were living in Galway then. (They moved to the States in early December.) We would have missed their company, but more than that, this incredible place. We could have easily stayed longer.
If you'd like to see photos from this, go to David Brick's Facebook listing -- he's got albums full. You can 'friend' him -- tell him you're with me -- to see everything.

*The PF commitments kept growing. When I started blogging, people knew me primarily as "that quilter," though I'd worked for newspapers and others before I got the job editing at Quilter's Newsletter. This year, I not only continued to write for Penny Thots on personal finance, but picked up a regular gig for Joe, my boss on Midlife Finance. I hope to do even more 'non-quilt' writing, as well as finish off the Hanky Panky sequel and continue working on a few other books.

*Paid for an astonishing amount of items -- without going into serious debt. We still pay off our credit cards every month, and have a freezerful of food -- so much so that I plan to eat as much as possible out of the freezer and pantry this coming month, rather than buy more. (I'll talk more about that in coming posts.)

How did we do it?

* No big purchases, other than the car.
*Bought most of our clothes, home furnishings, etc. from the thrift shop, instead of retail. (And got much higher-end labels as a result, incidentally.) I even picked up a deerskin rug for the Brick's anniversary present, and a 'new' Elna sewing machine.
*Kept expenditures down for gifts, going out to eat, and so on.
*Stayed within a budget during Ireland. (Not making reservations, early bird dinners and keeping a tight hold on souvenirs and rental car costs all helped. If you're curious, read here.)
*Picked up extra income, much of it through appraising, and some through selling vintage and antique items, especially books on Amazon. But we also volunteered with several jobs that paid us in extra food...which fed us, and the chickies.

We did have to borrow some money for the Outback, but are paying that back very quickly.

*The chickens. These little terrorists have more than paid for their feed by producing enough eggs for us to sell, as well as feed ourselves and the girlies. (And give for Christmas presents, too -- these were received with pleasure by their recipients.) They also contributed compost for the garden (when they weren't tearing it apart, that is), and ate up all sorts of unusable leftovers, to the dogs' chagrin.
They amuse us every day with their antics and strutting-about.

WHAT COULD HAVE GONE BETTER

*Losing two chickens to the resident fox, just before we left for Ireland. Two young ones, that had just started to lay. I could still just spit.
We solve this problem now by leaving Charley and Abby outside until dark. Which means they can't go on errands with me as much.
They hate this. But...we haven't lost any more chickens, either.

*Dave's hospital stay. Again. We went to a wonderful gun training class in Las Vegas...which was WAY too hot. (Temps near 105-110, day after day.) The night before last day of class, the Brick, who had been feeling increasingly terrible, could stand it no longer -- and we ended up in the emergency room.
His kidney stones had flared up.  Again.

With treatment through the night, he felt better -- but the drugs meant he couldn't take the final test. So we went -- he hung around in the shade, while I took the test. (And failed.) But we both passed the course -- and the Brick went on to pass a concealed weapons course (as well as one of the kidney stones) before we flew home.
The result: an interesting experience I wouldn't trade -- and a hefty hospital bill to replace the one we're almost done paying off, from the Brick's hospital stay a few years ago. (An unexplained liver failure that just as surprisingly stopped. God's grace.)

*More writing should have been done. I had intended to finish up at least one book by this time this year -- didn't happen. I wanted to do some other writing chores, as well -- unh unh. Hopefully next year will go better in this department.  (And maybe I'm just a typical writer/editor -- nothing will ever be as perfect as it should be.)

I need to lose some weight, and get more exercise. (So do Charley, Abby, and to a lesser degree, the Brick.) Be more polite and patient. And start planning the next trip! (We're thinking about Scotland, but that will probably have to wait a year or so.) On to 2014 -- who knows what wonderful things could happen this coming year!

Sounds like you had quite a good year!
Look forward to that new book maybe this year. 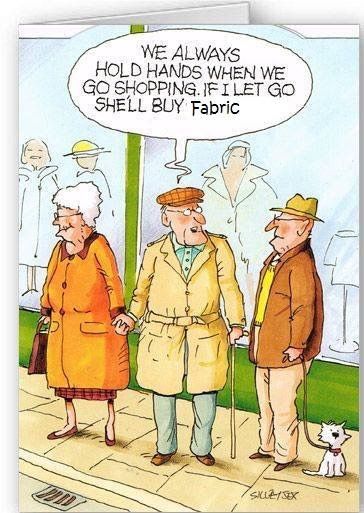