The girlies have been at it again.

I've mentioned this before -- that once my Nativity set is up for the holidays, odd things happen.

I start with your normal everyday set: Mary and Joseph admiring the new baby; shepherds and various farm animals hovering nearby; and the wise men adoring from afar.

By Christmas Eve, when both Daughters #1 and #2 just happened to be visiting, things took a turn for the strange.

Baby Jesus was hitching a ride on a rhinocerous. (They had rhinos in Israel back then?!?) 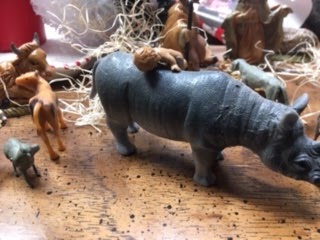 One of the deer took a liking to a Wise Man. (I have to agree -- they are kinda cute.) 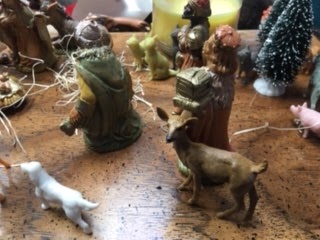 The kitties hung out near a candle, and... 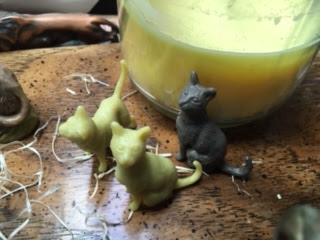 The dogs (and a pig?) were debating whether to pee on a newly-added pine tree. 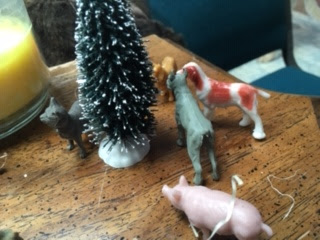 An Abominable Snowman bathtoy hid behind a tree, hoping for...
a sheep or The Little Drummer Boy, as a snack?
I'd hidden the Bigfoot, or they no doubt would have joined the party.
(Yes, I have Bigfoot miniatures. There are worse things to collect.) 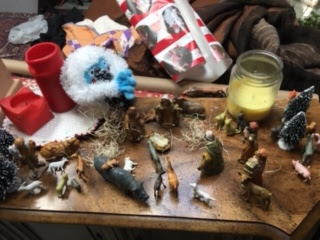 Daughter #1 went home, but Daughter #2 stayed for a few days. By the time she left, a volcano had erupted near the Nativity set. (Or so I was told.) Much of it was turned over or blown sky-high.

A cat and the dogs ended up on a candle: 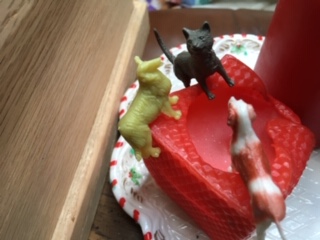 Oops, this sheep didn't do so good. 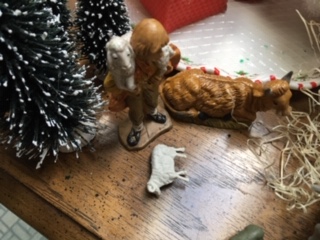 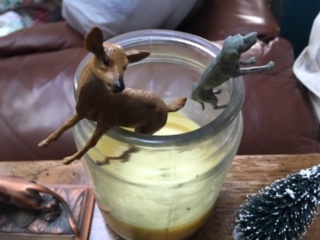 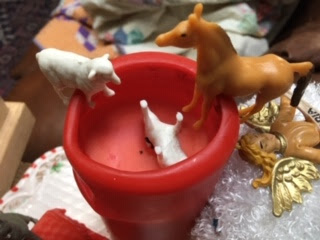 The Abominable survived...barely. I'm leaving this scene sideways, so you can appreciate the extent of the damage. It wasn't all bad, though; Baby Jesus was blown back into His crib. Apparently the Holy Family are bombproof.
(The cattle and rhino didn't fare too badly, either.) 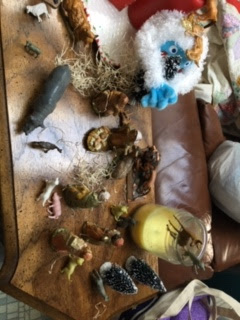 A little chaos comes into everyone's life...it's just whether we pick ourselves up and keep going! Thankfully, Joseph, Mary and their Child were very good at that. 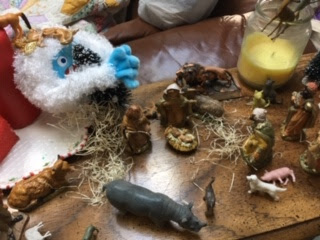 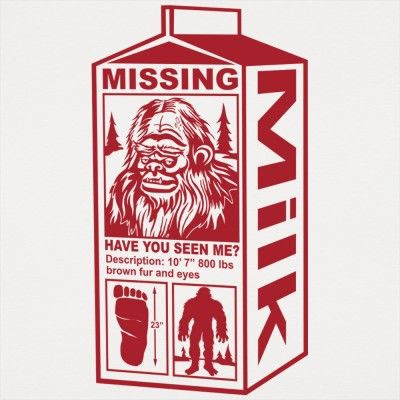